About the National Mortgage Settlement

On February 9, 2012, the attorneys general of 49 states and the District of Columbia (every state but Oklahoma), the federal government and five banks and mortgage servicers (Bank of America, Citi, JPMorgan Chase, the ResCap Parties and Wells Fargo) reached agreement on the National Mortgage Settlement (NMS) that created new servicing standards, provided for relief to distressed homeowners and provided funding for state and federal governments. The NMS was made formal and binding on April 5, 2012, when the United States District Court of the District of Columbia (Court) entered the consent judgments containing the Settlement terms.

The five servicers were required to provide $20 billion in consumer relief and $5 billion in other payments. The money in the NMS was distributed in several ways, as shown in the adjacent graphic.

The NMS also established first-ever nationwide reforms to mortgage servicing. These standards require better communication with borrowers, a single point of contact, adequate staffing levels and training, and appropriate standards for executing documents in foreclosure cases. The servicers’ performance in meeting the standards is tested by the Monitor through a series of metrics. The NMS created 29 original metrics, and the Monitor established four more in 2013 for a total of 33 metrics.

In February 2014, Ocwen entered into a new consent judgment with the Consumer Financial Protection Bureau (CFPB) and 49 states requiring Ocwen to provide $2.1 billion in consumer relief and comply with the NMS servicing standards for its entire loan portfolio.

SunTrust entered into a new consent judgement in September 2014. This agreement with  the CFPB and 49 states requires  SunTrust to provide $500 million in consumer relief and comply with the NMS servicing standards.

CFPB and 49 states also entered into a new consent judgement with HSBC in February 2016. This agreement will require HSBC to provide $370 million in consumer relief and comply with the NMS servicing standards.

Role of the Monitor

The NMS created the role of a Monitor to oversee the servicers and ensure their compliance with the consent judgments. The participating banks must file regular reports with the Monitor to detail their compliance. Based on these reports as well as his independent oversight, the Monitor makes his own determinations on servicer performance and then issues his own reports to the courts and the participants on a semi-annual basis.

More detailed information is available on the NMS website: http://www.nationalmortgagesettlement.com. 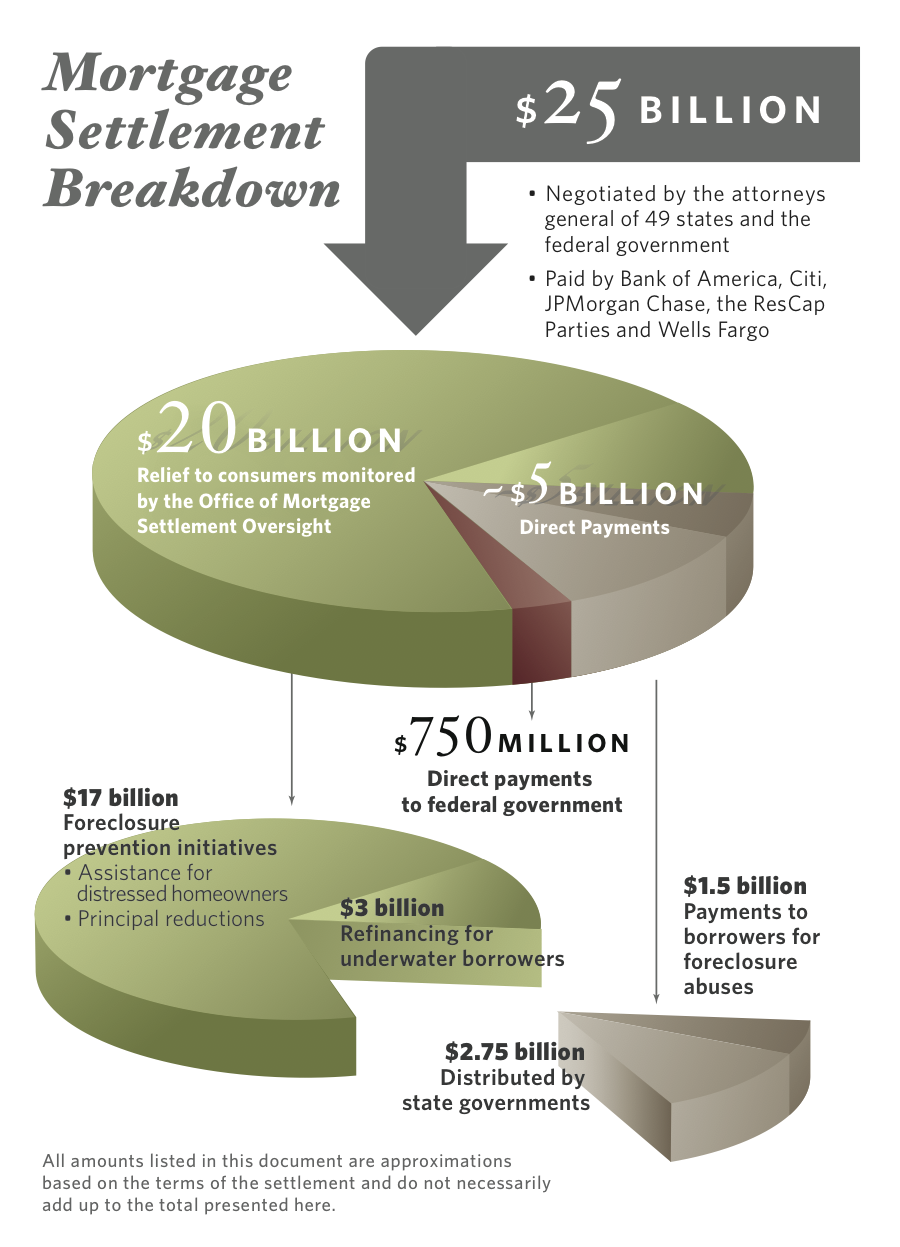