On November 19, 2013, the federal government, five states and JPMorgan Chase reached an agreement to settle claims that Chase, Bear Stearns and Washington Mutual packaged and sold bad mortgages to investors before the financial crisis (Chase RMBS Settlement). Under the Chase RMBS Settlement, Chase will make $9 billion in direct payments to federal agencies and five states and also provide $4 billion in consumer relief, which includes principal reduction, loan modification and refinancing for homeowners who need help to avoid foreclosure.

The Settlement established the role of an independent Monitor to oversee Chaseâ€™s completion of its consumer relief obligations. Chase must file quarterly reports with the Monitor to detail its progress, which the Monitor will then report to the Settlement parties and the public.

The Monitor will conduct his work with the assistance of accounting and law consultants who have the capacity, expertise and lack of conflicts needed to effectively oversee the Chase RMBS Settlement.

To learn more about the Monitor, Joseph A. Smith, Jr., click here. 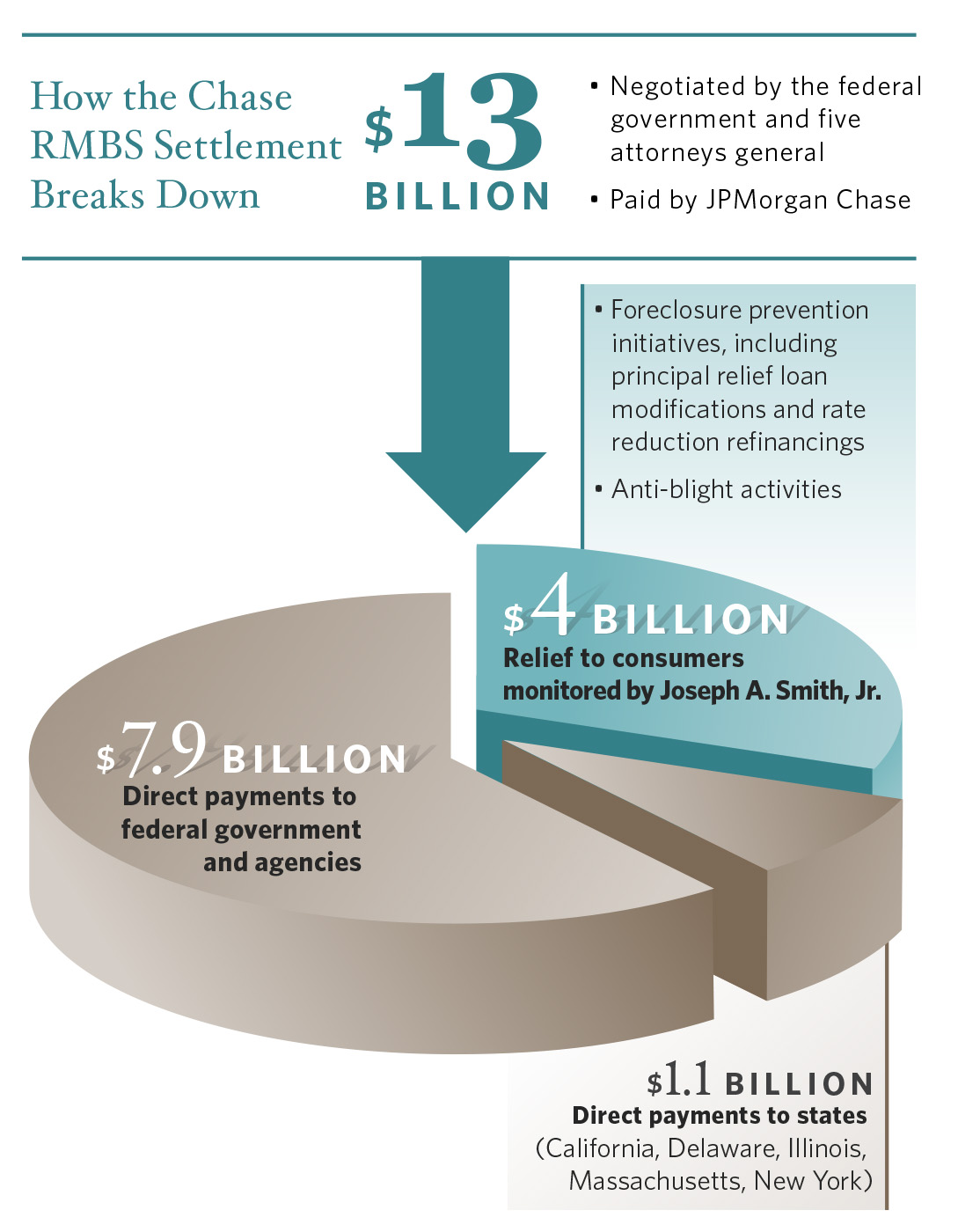