Joseph A. Smith, Jr. Monitoring Ltd. specializes in the independent oversight of complex financial services settlements. Experienced in bringing together skilled teams of professionals to review and validate the performance of settlement obligations, our goal is to implement settlement terms through rigorous, fair and effective processes that give full effect to the intent of the parties.

Founded by Joseph A. Smith, Jr., Smith Monitoring was created to help him carry out monitoring of other similar engagements other than his responsibilities under NMS.

About Joseph A. Smith, Jr. 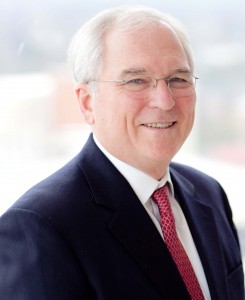 Joseph Smith was appointed Monitor of the National Mortgage Settlement on April 5, 2012 by a bipartisan group of 49 state attorneys general, the U.S. Federal Government and the nation’s five largest mortgage servicers. In this role, Smith oversees the banks’ compliance with the 304 servicing standards, or reforms, laid out in the settlement. He also oversees and credits the servicers’ distribution of more than $20 billion in relief to homeowners. Smith’s appointment is for a three-and-a-half year term.

On November 19, 2013, Smith was appointed to monitor the consumer relief obligations included in the $13 billion settlement between the United States Department of Justice and JPMorgan Chase. In his role, Smith oversees Chase as it distributes $4 billion in credited consumer relief.

As a monitor, Smith has been favorably profiled in news outlets across the nation and spoken in front of groups including the National Association of Attorneys General, the Federal Reserve of Kansas City and the Loyola University Chicago School of Law, among others.

Smith previously served as North Carolina Commissioner of Banks from 2002 to 2012. As Commissioner, he oversaw the licensing and regulation of banks and thrifts. He also helped implement the North Carolina Mortgage Lending Act, North Carolina Secure and Fair Mortgage Licensing Act and State Home Foreclosure Prevention Project. While Commissioner, Smith also served from 2009 to 2010 as chairman of the Conference of State Bank Supervisors. He was an organizer and member of the Board of Managers of State Regulatory Registry, LLC, an organization dedicated to creating a nationwide mortgage licensing system.

Prior to his tenure in state government, Smith spent 27 years practicing corporate, securities and banking law in North Carolina, Connecticut and New York. He is the former general counsel and secretary of a North Carolina bank holding company, and is of counsel to Poyner Spruill, LLP.

Smith earned a bachelor’s degree from Davidson College in 1971 and his Juris Doctor from the University of Virginia in 1974.